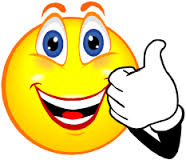 Debs came to see us today and it was lovely to see her again – she is so positive about using Schroth-based exercises that I feel re-energised and ready to keep up the battle with Chris’s curve.

The good news is that he has grown an inch and a half in three months and his curve measures the same on the “Scoliometer” – a protractor-like instrument that Debs uses to measure the curve.  It is such a relief to know that what we are doing seems to be making a difference and that his curve is no worse.

Debs also taught Chris some new exercises – quite tricky ones – and we were really pleased to discover that the exercises he likes doing were the most effective ones and the ones he disliked were ok to give up.  She also taught us some new stretches which Chris can do on an exercise ball.  One looks really good – a sideways stretch over the ball which really stretches out his ribs and chest where they become tightened by the curve.  This is one he can do every day – in fact Debs suggested he do it while watching TV so that should make it easier!

Debs only came for half a day but we are all feeling more positive again and even Chris seems to understand better that the exercises he is doing are going to make a difference to him when he is older.

Hope everyone has had a great Christmas and New Year – we went away with friends for New Year and stayed in a very wet and windy part of Kent near Canterbury!  We gave Chris some time off from the exercises as we were away and he really needs the wall bars to exercise.

I have now spoken to Debs and arranged for her to come and see us again at the end of January.  Having chatted with her I feel a little more positive that we are still on the right track with Chris.  Her advice was to leave out the exercises he really hates and just focus on the ones he will do and do them well.  She is going to look for some new exercises that she can teach to Chris when she comes to see us.

She did say it was important to do one set of exercises in the morning before school so I have to be really firm with Chris and make sure he has enough time to do this exercise before he leaves in the morning!