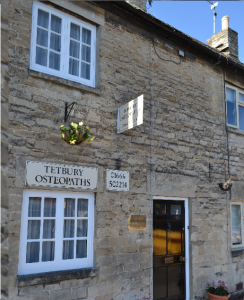 I have told you before about Peter Roberts and Tetbury Osteopaths and this week Steve and Chris went to Tetbury to work with Peter to improve Chris’ technique with his Schroth exercises and to learn some new exercises and stretches to get his back in the best possible shape prior to surgery.

Steve and Chris set off together on Monday 15th September for three days of one-to-one exercise therapy with Peter.  I stayed at home with Chris’ older brother Anthony – and of course the dog!

Chris worked hard with Peter for around 4 hours each day refining our technique on our existing Schroth exercises, focusing on the importance of his breathing technique.  Through breathing into the appropriate parts of the lungs Chris was able to use his lungs like bellows to stretch out his rib cage and work against the curve.  In this way he learnt how to really expand his ribs where the curve of his spine has squashed them.  He also learnt a couple of new stretches that help to de-rotate the spine and help his standing posture.

Today the two boys returned home with a new exercise regime for Chris to do morning and evening.  Needless to say Chris is still not keen on the exercises but we know how important it will be for his recovery post surgery to have good muscle strength and flexibility.  The surgery will move a lot of these muscles out of their usual position and muscle pain is one of the main causes of discomfort post surgery – so we want to make sure these muscles are smooth and flexible when he has the procedure.  This will hopefully minimise the discomfort he suffers after surgery.

Working with Peter has been a great help to us and he is incredibly knowledgeable about Scoliosis and the Schroth Technique.  If you want to get help from a real expert you can do no better than Peter!

Our first appointment today was at 11.30 in Cambridge with Dr Ross-Russell.  This meant leaving home fairly early in case we get stuck on the M25.  In fact we had a good journey and arrived in plenty of time for our meeting with Dr Ross-Russell.  He examined Chris and then did a full lung function test to check his flow rates.  Despite the size of Chris’ curve the results were good and he estimated there was a less than 5% chance of Chris needing to be on an airway post surgery.  This was a great relief to all of us.

We then met Sarah Charlton, a Physiotherapist who specialises in paediatric othopaedics and spinal deformity.  She examined Chris and was impressed with the muscle tone in this back and how he was able to improve his posture and align his spine by himself thanks to all the exercises and stretches we have done with him over the last year!  She also showed us a number of pre and post op x-rays from surgical corrections done by Mr Conlan and Mr Crawford.  The x-rays were really impressive and Chris didn’t seem bothered by the sight of all that metal work in someone’s back.

After finishing with Sarah we headed off to find somewhere for lunch and opted for Frankie and Benny’s for something quick and tasty as we only had about 50 minutes before we had to be at Addenbrookes for the MRI Scan.

Yet again Chris was really cool about the MRI and didn’t seem to be too bothered by the small space he had to be in, or the loud noises the machine makes.  Once the technician had checked the scans we were free to go – unfortunately straight into the evening rush hour traffic so it was a very long journey home.

But today was a good day.  Everyone we met has been really positive about the likely outcome of surgery for Chris and I have great confidence in them.  I just wish we had a confirmed date so that we could start planning and preparing ourselves for it.  Hopefully it will come through soon.

Although we still don’t have a confirmed surgery date yet, we do have a date to take Chris back to Cambridge for a series of pre-op tests and meetings, including an MRI scan.  This will all take place on the same day, 12th September, which is a great relief as it is a long journey there and back.

Our first appointment will be with Dr Ross-Russell who will do a lung function test to check how the Scoliosis has affected Chris’ lung capacity and whether he is likely to need to be on an airway post surgery.  Then we will have meeting with the head of the Physio team, Sarah Charlton, who will talk us through the surgery and examine Chris to see what his muscle structure is like in his back.

Finally we have to go to Addenbrookes Hospital where Chris will have a full spine MRI scan.  This will be a big day for all of us, but a good one I hope as it will bring us one step closer to correcting the curve in his spine. 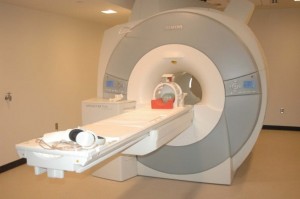 We already had an appointment booked to see Mr Evan Davies at Southampton Hospital before we got the results of Chris’s x-rays.  We decided to keep the appointment so that we could get a second expert opinion on what our choices were and what would be best for Chris.

Steve took a day off work (again!) and we drove down to Southampton.  We have met Mr Davies once before when he spoke at the SAUK forum held at Southampton Hospital in 2013 and we were both very impressed with him.  The hospital staff were lovely and after a short wait we were met by Mr Davies.  He was great with Chris and addressed all his questions directly to Chris asking him what bothered him about his back, how it affected his daily life etc and what he wanted for the future.

He then explained the probable future for Chris without surgery, explaining that the curve would continue to get bigger and how that would impact on his life.  His advice was very clear – Chris needed surgery to correct the curve and it would be best to do the surgery as soon as possible.

Strange as it may sound this was exactly what we wanted to hear.  If two top Scoliosis consultants say the very best course of action for Chris is to have the spinal surgery then it gives us great confidence that we are doing the right thing!  We thanked Mr Davies and headed into Southampton for lunch – Chris’s choice was for a Subway so that’s what we had!